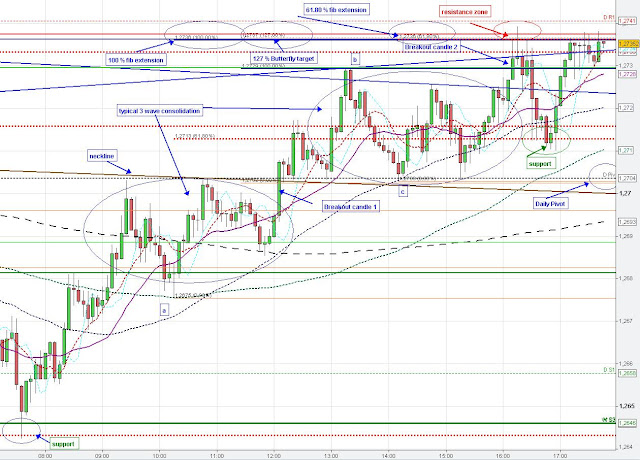 Consolidation price zones in the EURUSD

However, the price breakout was very shallow and market retested the consolidation price zone (blue arrow) before the Euro started to moved up further to the next smaller consolidation pattern at the daily R3 Pivot, the weekly R2 Pivot and the 100 % Fibonacci Extension level.


The EUR/USD found support at the 61 % Fibonacci Extension of the recent swing down moved to the high of the consolidation pattern. Market formed  a kind of inverse Head and Shoulders pattern, which might led to the price reversal of the EUR/USD to the upside